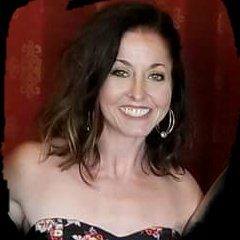 Born and raised on the northwest side of Chicago, I am the youngest of eight siblings, 5 sisters and 2 brothers with a wonderful mother and father. Growing up we were raised with great faith, my mother was a huge believer and made sure we not only went to Catholic School but we went to church as a family every Sunday. Sundays as I remember were going to church then coming home and having a huge family breakfast and always ending with a well prepared dinner from mom. It was so important for us to always have family time each day and knowing now the importance of what that would bring in our lives.

It was important to my parents that we were raised with strong morals and values especially being taught them thru our faith. Every meal we said our grace & each holiday we participated in the events of the church. Along with our religion my parents were strong into our family heritage and put each one of us thru Irish dancing. Each week we practiced our dancing and almost every weekend we traveled in the big blue conversion van off to different states to compete for medals or trophies of honor. I being the youngest only got to perform until I was 8 but I can remember those years like yesterday.  In the end of completion in this road we had over 350 Irish dancing trophies, boards of medals and lastly my parents most prized The Family of the Year award, it was a pictured plaque that hung in our family room for everyone to see.

At the age of 10 my father was diagnosed with lung cancer, something I didn’t understand but quickly understood its wrath. My father was a tall man of 6’0 and 250lbs, I slowly watched my father disintegrate to what looked like 85lbs the day he died. It’s amazing how you can’t recall the incidents of yesterday but days like the day he died are so vivid in my mind.  It was May 20th 1988, I was wearing my heart (yes the band) t-shirt and jean shorts that day and in the morning as my parents always did on Saturdays the Irish Hour of Chicago radio was on. I remember passing my parents bed room seeing my father lying there didn’t think anything of it. As I saw my mother sitting at the kitchen table “A Mother’s Love Is a Blessing” playing (my father’s favorite song) she said to me “I think your father has passed”. At 10 years old I didn’t know the reality of that statement and walked to their room only to see my father laying on his arm, he was just staring at me, no winks, no breath, his suffering was over!

It was hard to watch my mother keep it together for her soul mate was gone and she was to raise 8 kids on her own. I remember when she had to go back to work full time and our home life would never be the same. But none the less we were continuously raised in faith, love and her guidance, I graduated from an all-girl catholic high school in 1996. After graduation my mother had a new home built in one of the far suburbs of Chicago Grayslake, IL. The house was beautiful but it was never home to me, my mother or sister who lived there. Both of them worked in the city and the travels of every day in and out started to wear on them both, especially my mother. My mother being a heavy smoker growing up & whom recently quit was diagnosed with emphysema. The travels continued to wear and after 2 years of living in Grayslake she and my sister decided it was time to move back closer to their jobs. I was in my junior year when they purchased a home in Norridge, IL, a cute little house that reminded me so much of my child hood home.  October 10, 1998 it was purchased, we started to settle in, me of course only on some weekends when I came home from college to visit. Mom was having the carpets re-done and one evening back at school I got a call from my sister saying mom was not doing well and was in the hospital. (My mother got a phenomena, knowing her weak lung condition should have been hospitalized but she wasn’t. She grew weaker and woke one morning struggling to breathe, she was admitted.) I remember the doctors always asking if my mother went out of the country, she was in a bubble at the hospital and seeking breathing treatments every hour. I remember the last Sunday I saw her alive, we had planned on me coming home on Wednesday since I had her car to visit. Just like any other time I gave her kisses and said goodbye. That Monday I got the call at college from my sister Mary saying mom was in ICU and I needed to come home. I vividly recall waiting for my roommate to get out of class to drive me home for I was in no condition to drive 2 hours from WI to IL in prime time traffic. I remember holding my roommates hand and praying to god he wouldn’t take her for she was the only parent I had left. I arrived to see her with breathing tubes down her throat, my brothers and sisters present in fear and anguish. The next couple days I don’t think I ever prayed so hard, I spent hours in the chapel or sitting in her room listening to my sister Patty sing “You are my sunshine” while massaging her calves to help keep the blood circulating. The day came when the priest came to read her the final rights and told me she was going home to god her father. I have never felt more emotion than at that very moment, questions raged thru my mind. If there was a god how would he do this to me? I was 20 years old and she was all I had, she was my mother, my father and my best friend, what was I going to do without her? Who was going to take care of me? What was I going to do? As these questioned raged I looked at the priest and told him to “Go F**k himself & to go F**k God” (At that moment every belief in god went out the window).  On November 10, 1998 my mother became another angel for god and one of my guardian angels.

Not soon after her death I got sick at school, no insurance coverage because I was on hers and Cobra was too expensive for my siblings to cover. Even though I was an orphan of the state in WI (being in college) I was over the age of 18, legally an adult I was forced to leave college and get a full time job.  I stayed with my sister for a couple years until I met the man I was with for 10 years,  as you know from page 1 this didn’t end very well.

But what I can say is with-in those years until now I had to learn about life the hard way, many ups and many downs & some heavy crosses to carry.

Not knowing where life was going to take me and until now at the age of 39 I can tell you I had no idea who I was. I can say that life has been unfair to me, I still don’t understand God’s plan but I must trust that his story for me is only unfolding.